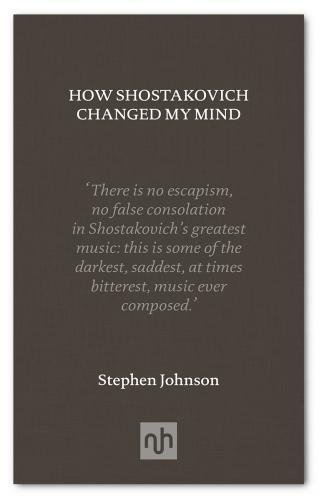 How Shostakovich Changed My Mind

BBC music broadcaster Stephen Johnson explores the power of Shostakovich’s music during Stalin’s reign of terror, and writes of the extraordinary healing effect of music on sufferers of mental illness. Johnson looks at neurological, psychotherapeutic and philosophical findings, and reflects on his own experience, where he believes Shostakovich’s music helped him survive the trials and assaults of bipolar disorder.

‘There’s something about hearing your most painful emotions transformed into something beautiful…’; The old Russian who uttered those words spoke for countless fellow survivors of Stalin’s reign of terror. And the ‘something beautiful’ he had in mind was the music of Dmitri Shostakovich.

Yet there is no escapism, no false consolation in Shostakovich’s greatest music: this is some of the darkest, saddest, at times bitterest music ever composed. So why do so many feel grateful to Shostakovich for having created it – not just Russians, but westerners like Stephen Johnson, brought up in a very different, far safer kind of society?

How is it that music that reflects pain, fear and desolation can help sufferers find – if not a way out, then a way to bear these feelings and ultimately rediscover pleasure in existence? Johnson draws on interviews with the members of the orchestra who performed Shostakovich’s Leningrad Symphony during the siege of Leningrad, during which almost a third of the population starved to death.

In the end, this book is a reaffirmation of a kind of humanist miracle: that hope could be reborn in a time when, to quote the writer Nadezhda Mandelstam, there was only ‘Hope against Hope’.

This is a sharply perceptive and fascinating book on music and on the mind, the music of Shostakovich in particular, and the mind of Stephen Johnson, one of Britain’s finest musicologists. A beautiful, moving and consoling work.
John Banville

Stephen Johnson is one of our most sensitive and thoughtful music critics, and this book, written from the heart about a composer whom he loves and admires, will prove be a landmark in the understanding of its subject. Writing lucidly and honestly about his own depressions, and the insight they have given him into a composer whose music is never happy for long, Johnson has produced a superb work of criticism, ‘from the heart, to the heart’
Sir Roger Scruton

I started reading and was hooked. Within a few pages I knew I had fallen into the company of the most wonderful interlocutor.  Stephen Johnson takes the reader from the most profound meditations on music, to delicious anecdotes about Shostakovich, to penetrating observations about the nature of art and the way it may rescue us from despair. I finished it inspired by a sense of human possibility.
Professor Raymond Tallis