The Wrong Turning:
Encounters with Ghosts

A curated selection of chilling ghost stories from world literature, introduced and edited by broadcaster Stephen Johnson. What these tales of the supernatural have in common is the theme of taking a ‘wrong turning’ in which the protagonists are made to face their darkest fears. In the spirit of a fireside storyteller, each tale has an afterword by Stephen Johnson, to suggest what the story might really be telling us. Read more… 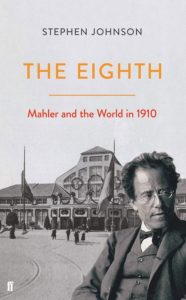 The Eighth: Mahler and the World in 1910

The Eighth Symphony was going to be different from anything Mahler had ever done before. The intensely personal dramas of his earlier symphonies were a thing of the past – or rather, they were now to be seen as preludes to this new, culminating symphonic statement: he was quite sure it was the greatest thing he had ever written. Stephen Johnson recounts its far-reaching effect on composers, conductors and writers of the time – Berg and Schoenberg and the teenage Korngold, Bruno Walter and Klemperer, and the writers Stefan Zweig and Thomas Mann.
Read more… 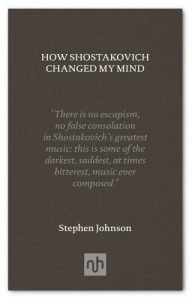 How Shostakovich Changed My Mind

BBC music broadcaster Stephen Johnson explores the power of Shostakovich’s music during Stalin’s reign of terror, and writes of the extraordinary healing effect of music on sufferers of mental illness. Johnson looks at neurological, psychotherapeutic and philosophical findings, and reflects on his own experience, where he believes Shostakovich’s music helped him survive the trials and assaults of bipolar disorder.’There’s something about hearing your most painful emotions transformed into something beautiful…’ The old Russian who uttered those words spoke for countless fellow survivors of Stalin’s reign of terror. And the ‘something beautiful’ he had in mind was the music of Dmitri Shostakovich. Read more… 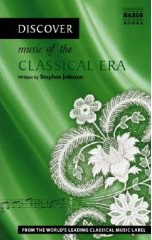 Discover Music of the Classical Era

Visually and aurally engaging (with illustrations on CD), this book introduces music composed in the period from the middle of the eighteenth century to the beginning of the nineteenth, and shows how events and ideas of this extraordinarily turbulent period find reflection in its music.
Read the reviews…

Wagner: His Life and Music

Well over a century after Wagner’s death, the man and his music are as controversial as ever. Praised for his profound insights into the workings of the human heart, he has also been condemned as a proto-fascist and an arrogant bore. His vast four-part operatic Ring cycle has been elevated as one of the greatest achievements of western culture and dismissed as an unparalleled example of creative megalomania.

This book makes no attempt to gloss over the darker sides of Wagner’s character, personally or artistically, but argues that the finer aspects of his vision transcend its flaws. It tells the story of an extraordinary life, and charts Wagner’s development, from unpromising beginnings, into the creator of some of the most brilliantly innovatory and seductively beautiful music ever composed. The book also contains 2 CDs of music spanning Wagner’s career along with information on free access to a dedicated website with hours of extra music and other bonus material.
Read the reviews…

Mahler: His Life and Music

For Gustav Mahler, there was nothing abstract or escapist about music. ‘The symphony must be like the world,’ he insisted. ‘It must embrace everything.’ He lived up to that ideal spectacularly, creating works of such emotional range and imaginative power that each feels like a world in itself. Uniquely, Mahler made himself the prism through which that wealth of experience is refracted.

This book follows Mahler’s development as man and composer, and sets out the experiences – the personal joys and sorrows as well as the broader cultural forces – that formed him, and made him one of the most widely loved and admired composers in the whole classical repertoire.
Read the reviews… 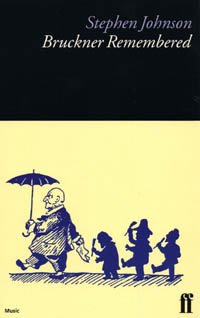 Over a century after his death, Bruckner the man remains an enigma. Popular anecdotes represent him as a visionary simpleton, his life dominated exclusively by music and religion. And yet this same bizarre figure is widely held to have produced some of the most original and sophisticated music written in the second half of the nineteenth century. The reminiscences collected here allow insights into a much more complicated, sometimes tormented mind. Dark obsessions are revealed, and there are hints of acute sexual frustration, as well as indications that Bruckner’s faith was not unclouded by doubt. Students and colleagues describe how Bruckner composed and record some of the extra-musical ideas behind the music. The composer’s battles with the would-be ‘improvers’ of his scores are illustrated, and there are tantalising accounts of Bruckner’s organ improvisations, which gained him international recognition even when his major works were misunderstood or simply ignored.

Alongside these are memories of a Bruckner who, despite his striking eccentricities, could be excellent company: high-spirited, humorous – even witty: a good dancer and a natural children’s entertainer. Inevitably, there are several stories about Bruckner’s disastrous infatuations with teenage girls, some funny, others sad – loneliness was evidently an abiding problem for Bruckner. But this was also a man who could inspire deep feelings of loyalty, even devotion, in those who knew him. Taken together, these accounts offer the first fully rounded portrait in the English language of this popular but misunderstood composer.

Written with enthusiasm and accessible prose, the Classic FM Lifelines series will become the Everyman of musical biographies. 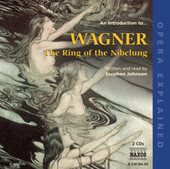